Go-sharing is one of the fastest growing platform for electric mobility in Europe. In order to maintain that growth Go-Sharing has strategic service and charging points where if needed batteries can be switched or revised. These charging hubs are located in mainly in the north of Europe. As they need to be flexible with their charging hubs they are fitted in 20ft containers.

With the AF-X Fireblocker system to have a modular, removeable system which gives them space and safety when and where they need it.

The AF-X Fireblocker has been tested for effectiveness in suppressing Li-ion battery fires. These tests have been successfully performed and documented in collaboration with the Peutz fire laboratory. The extensive Peutz test report can be requested from us.

Main conclusions that become visible in the report

Prevent fire with AF-X Fireblocker. Fire causes enormous damage. Most fires develop from a short circuit in, or overtaxing of engines or equipment. Unseen. Unnoticed. Undiscovered until late, and more often than not even far too late. AF-X Fireblocker is one of the few systems that operate from within and blocks the fire directly at the spot that until now could not be protected: right at the seat of the fire. 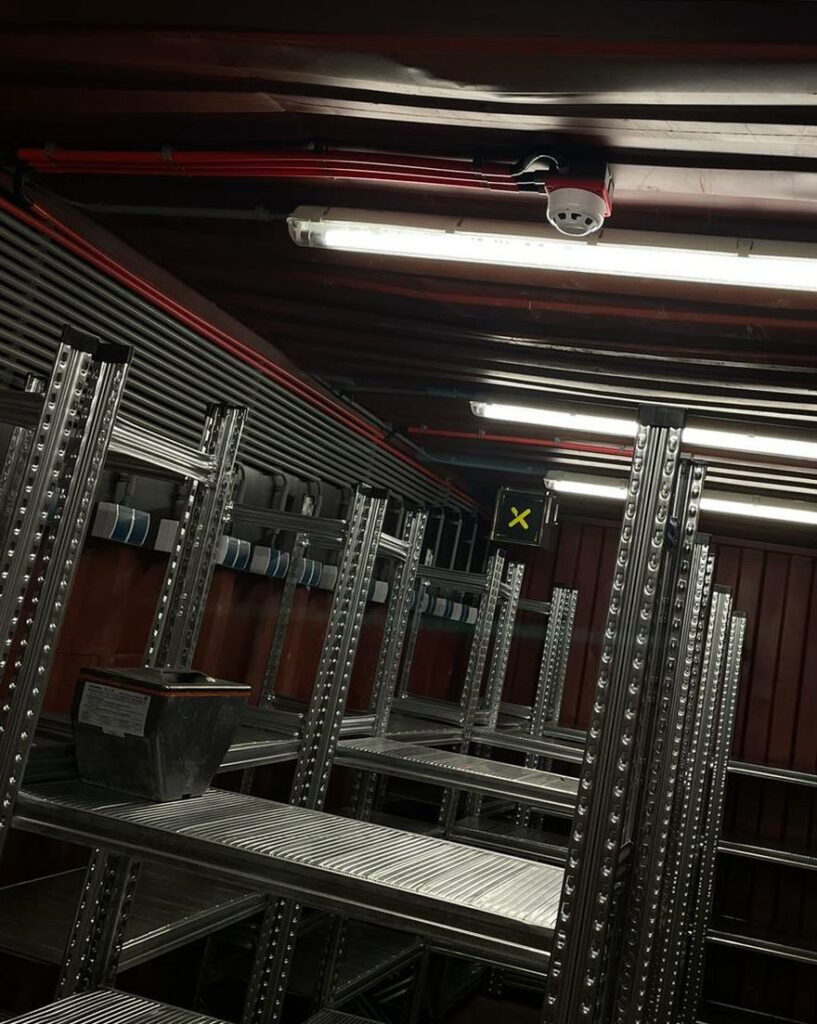